If you are looking for an authentic carnitas recipe, this is it.

A zillion carnitas recipes exist on the internet, and 98 percent of them bear no resemblance to real deal, carnitas Michoacanas. And it is the Mexican state of Michoacan that is almost universally recognized at the true home of carnitas.

Well, OK, you’re thinking. I love carnitas. Hell, I make carnitas. What am I doing wrong?

Put simply, an authentic carnitas recipe is closer to French confit than it is to braised pork shoulder. And that means fat, specifically lard. Even more specifically, fresh rendered lard, the kind you get at the butcher’s counter in any carniceria in the US or Mexico.

There is no getting around it. You need chingos de manteca to make authentic carnitas. That translates into a whole lot, like minimum three quarts. This is why you almost never see an authentic carnitas recipe on the internet. No one will go there. Too much fat.

I make no apologies. You need it. But remember two things that may help convince you that this is worth it. One, you don’t eat much of that fat. It’s just a cooking medium. Two, if you use my method below, you can reuse your lard several times.

Fresh rendered lard will keep for a few weeks in the fridge, and a year or more in the freezer. What’s more, many carnitas restaurants use something of a “mother lard,” mixing old, heavily flavored lard with some new stuff.

Flavored? Yes, an authentic carnitas recipe has spices and other flavors in the cooking lard. Mine has orange peel (pith removed), lots of bay leaves, a head of garlic sliced in half, and a white onion peeled and quartered. One common and really good variation: Pour in half a bottle of Mexican Coca-Cola (drink the other half).

You can cook carnitas in any vessel that works, but traditional, authentic carnitas Michoacanas is cooked in a special copper pot. So that’s what I did. My friend Patricio has one, and you can buy them online if you go looking.

Does it matter? Hard to say, but I’d like to think that the copper adds some hard-to-pin-down flavor. Michoacanos swear by it.

Now, here’s where variations start. Depending on the recipe, you either start or finish your pork in oil hot enough to fry. The rest of the time it just cooks slowly at a lower temperature. I start “cool,” roughly 195°F or so, and let the meat roll at this temperature until it starts to fall off the bone.

Here’s a short video on what carnitas should look like when it’s cooking.

And while I will still swear that this is an authentic carnitas recipe, I do deviate slightly in only one way — and that is because I am, ahem, thrifty. Normally you just jack up the temperature once the meat is tender to fry the exterior of your carnitas crispy. Then pull it apart and serve.

Instead, I remove the carnitas when it is tender, then remove the bones. And then I use only a portion of the lard to sear the outside of the big chunks. And then I pull and serve. The difference is that the majority of the lard stays well below its smoke point, so it will keep longer and I can reuse it more. So I’m cheap. Sue me.

What you do not want to do is shred your carnitas and then crispify it. That is much closer to a dish called machaca than real carnitas.

Any authentic carnitas recipe uses pork. Period, end of story. Doesn’t matter if it is wild pork, which is what I used in these pictures, or farmed. Real carnitas Michoacanas is a pork dish.

Yes, I have a really good wild turkey carnitas recipe, and turkey legs and thighs can absolutely be used in this recipe, as could chicken thighs or rabbits, but carnitas is a white meat preparation.

That said, authentic carnitas is not just pork shoulder. It is often the entire pig, especially the skin. Much like my Portuguese recipe for feijoada, the more random pig parts you have on hand, the better your carnitas will be.

That combination gives you a wide variety of colors, flavors and textures from one hog. But you do you.

You really want to pay attention when you are dismantling your carnitas. It will fall apart in very natural ways, and you will want to ease the bits apart, using a knife to slice across the grain so that the meat can be easily eaten in a taco.

If you don’t do this, and just pull, you can end up with long stringy bits. Now one option that is perfectly cool is to pull and chop the way they do with Southern barbecue. But, inspired by the amazing carnitas episode of the Netflix show “The Taco Chronicles,” I do like being able to tell which bit of the pig I am eating.

How to Eat Carnitas?

Literally any way you can stuff it into your mouth. It’s that good.

But, carnitas is most often eaten as a taco, and any authentic carnitas recipe ought to lay out what you would normally see if you had this in Michoacan, no?

For starters, corn tortillas. Not flour. I have a great recipe for homemade corn tortillas, but you can buy them if you want. Oh, and well made tortillas don’t need to be doubled up. That’s only for crappy tortillas and for those who need extra calories at lunchtime. 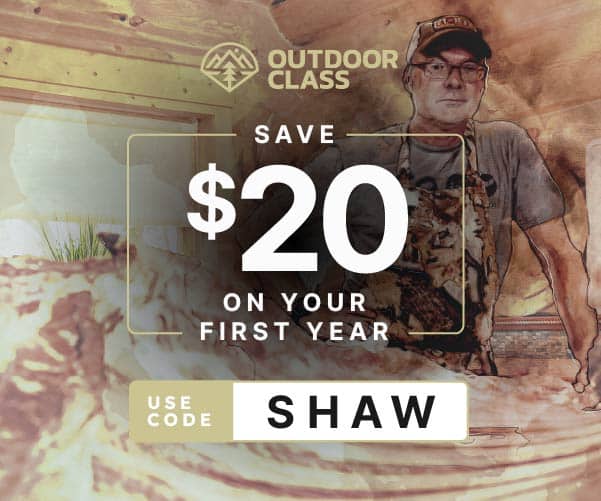 Salsa is up to you, but I prefer my tomatillo salsa verde, my salsa de chile de arbol or my salsa morita. I’ve had carnitas tacos made with all three. You want something acidic and spicy to balance the richness of the pork.

Another option, and let’s be honest I just add this on top of the salsa, is white onion soaked in lime juice — and for a Michoacano touch, chop some chiles manzanos in there, too. These are also known as chiles peron or rocoto chiles. Hot and juicy and really great if you can take the heat. If not, go with a jalapeno.

Add a sprinkling of cilantro and you’re good. But again, you do you.

Once you made your authentic carnitas — and you made a lot because it is, frankly, a project — it will keep in the fridge for a week. Up to 10 days if you are working with a freshly killed pig.

Use leftovers in chilaquiles, in tamales, Mexican empanadas, over rice, or as the filling in sopes, which are little “boats” made of corn masa dough.

Carnitas freezes very well. Vacuum seal portions and it will keep forever in the freezer. 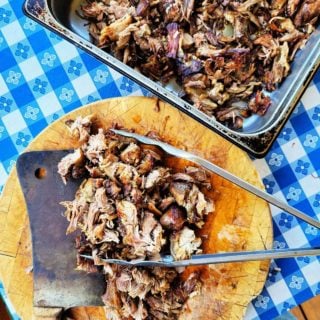 Some Keys to Success