“Let’s just swing by this spot. It might be too early, but you never know.”

I pulled over to the side of a winding mountain road in California’s Sierra Nevada, across from a gentle slope dotted with mixed pines, firs and cedars. Holly and I were doing our Quarantine Thing, which is to say getting out into the mountains in search of, well, whatever.

This being springtime, we had mushrooms on our mind. Spring is when the Sierra gets its flushes of morels, spring king boletes, and what we call “verns,” an edible amanita species vaguely similar to the famous Italian Caesar’s amanita.

We wandered through the park-like setting. Big trees, lots of pine duff, not a ton of underbrush. Good habitat. Eyes scanning for “shrumps,” the telltale swelling of a growing mushroom under the mat of needles. There are lots of shrumps, but a true “mushrump” will often be perfectly round, and the needles will whorl, just a bit.

Faked out by buried pinecones over and over. Damn. Must be too early. Then I saw a ‘rump prettier than the rest. A perfectly round bump. I carefully lifted the needles and there was the prize: A tiny, reddish brown hamburger bun. The cap of Boletus rex-veris, the spring porcini. This one was very young, and hard as a rock. Perfect.

“Got one!” But it was only the one. After the adrenaline rush of that first porcino faded, about 40 minutes later, we gave up and went home. It was, indeed, too early.

But, because of Miss ‘Rona, neither of us had any travel plans in the foreseeable future. And mushroom hunting is about as perfect a pandemic activity as there is, at least for a person who loves the outdoors. We would return.

This has been one key positive in an unrelentingly depressing period in our collective history: Our wings clipped, many of us have hunkered closer to home, opening or reopening outdoor opportunities we’d either never knew existed, or, as in my case, had left behind.

Most of us are on a journey. Many journeys, really, but the one I am referring to is our outdoors journey. How we progress as hunters, anglers, gatherers and cooks. Mine has taken me far beyond the close confines of my little stretch of Northern California. I’ve now fished, foraged or hunted in 46 states and five Canadian provinces.

I feel lucky to have been able to do all this, and I am constantly seeking new and fun things to do in this wild world we live in. The downside is that I have, at times, forsaken the familiar. Been there done that. This thing that we’re all in has forced me back to my old rhythm, from a time when I had a day job and this website was not yet born.

It is the very end of May as I write this. Here, near Sacramento, that means shad and stripers in the rivers. Elderflowers, young wild fennel and loquats, with mulberries and wild plums not far behind. Halibut in the San Francisco Bay, salmon starting offshore. Rockfish and lingcod on the bottom. Trout in the High Country. Pigs getting fat on the final green of the year.

And, of course, mushrooms. Which leads me back to my story.

Because all my travel plans have been cancelled, and because only now are charter boats beginning to run, mushrooms have become our main focus. So I watch the temperatures and rainfall in the mountains, and can return to a spot over and over in the hopes of catching the flush just right.

I reckoned a week might help. It did, as Holly and I found a few pounds of porcini, only a few of which were even partially grown. Still pretty early. But now it was hot, close to 100°F down at sea level, and up to 80°F up at 5000 feet. Porcini happen to grow very quickly, and as they do, their tissues soften and are more easily penetrated by bugs. Especially in the heat.

A couple days later, we headed back up. This time to different spots, but alas, no luck. Holly said she wanted to check our original spot again. Couldn’t hurt, even after only two days. And sure enough, there was a glimmer. We collected another couple pounds, all tiny buttons. It was happening!

It was still hot. Beastly hot, as in 104°F at home. My garden was groaning. But that meant up the hill, the porcini were growing. It was midweek, and Holly had to work. But my friend Joe could take a morning off. Our original intention was to hike into an old burn to look for morels. I thought it couldn’t hurt to check that porcini spot one more time.

Mushrumps everywhere! It was a bonanza. Huge lines of perfect button porcini all over the place. Each one heavy for its size, like the best orange. That weight in your hand triggers something in your brain, the way a clam does, or gold. It feels like money.

That could literally be true, since these porcini can sell for $40 a pound, but I have no intention of selling them. They are… my precious…

You want another and another, and then another, just to feed the dopamine rush of spotting a hidden mushroom, revealing it from under the duff, seeing its glorious perfection, carefully removing it, brushing and shaving off the dirt, and reveling in its cool, smooth, weighty perfection, resting in your palm.

After just two hours, we’d picked close to 40 pounds between the two of us. Now I know some of you have had better days than this, but I haven’t. It was the single best porcini hunt of my life, and I am sorry that Holly had to miss it; she is, too, obviously.

And it only happened because Miss ‘Rona forced me to slow down and stick close to home. There is a lesson in all this.

I’d known about this porcini spot for more than a decade. I’d had good hunts there before. Nothing like this though. Usually I was away when the big flush hit. But with opportunities stripped away because of the pandemic, I was able to focus on one still open to me. And it worked. 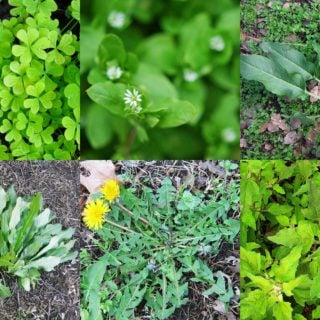 Read More about Eat Your Lawn 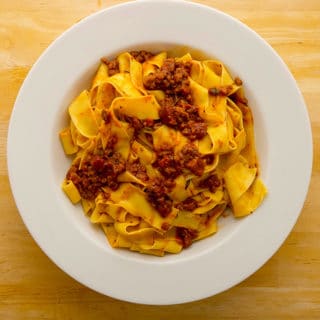 It hasn’t all been sunshine and light these days. Our little family suffered a death recently, and its inevitability turned me inward, to that dish that gives me solace when all around me is black. 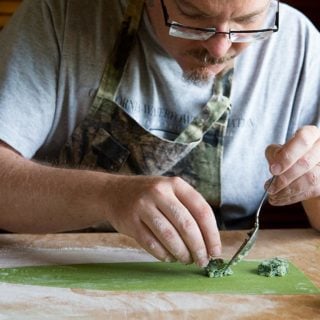 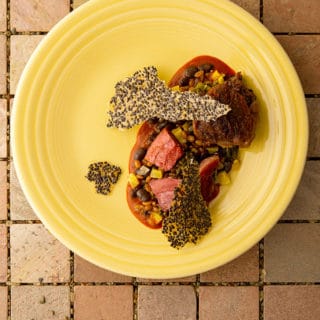 Time and Place on a Plate

When you can get out into the world again, do so with new eyes. Seeing what is around you when you hunt, fish or gather can inspire beauty on the plate.

Read More about Time and Place on a Plate 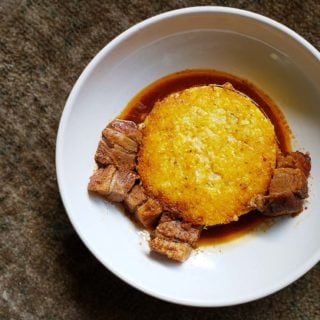 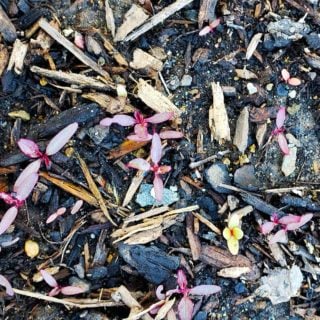 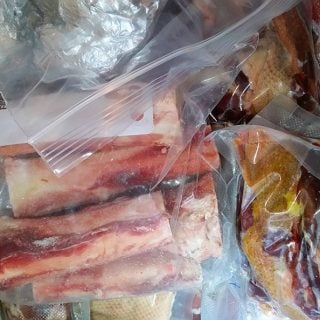 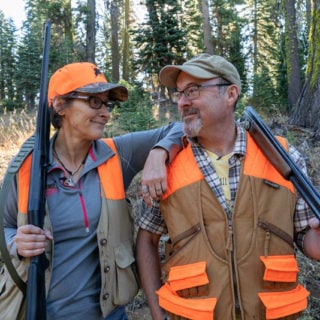 Cooking nearly every meal for the both of us, stuck at home, has reminded me how important it is to be able to cook for someone I love.

Read More about Dinner for Two