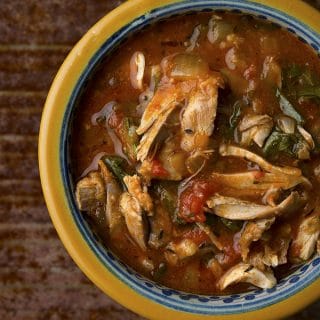 It’s becoming something of a tradition for me to journey to northeast Ohio in the fall to hunt squirrels with my friend Joe Keough. I’ve written about hunting squirrels with Joe before, and last season’s jaunt was, while not quite the rodential bonanza of 2012, still pretty damn fun.

Once again we crept into the sugar woods (maple syrup forest) of one of Joe’s friends in search of the wily tree ninja, which is the awesome name given to the various sciuridae by another squirrel hunting friend, Chef Jonathan Wilkins of Arkansas.

Almost immediately I spotted a foolish young Algonquin black squirrel — just a dark color phase of ye olde Eastern gray squirrel — and blasted it with the old side-by-side I’d borrowed from Joe. One down.

Then things got slow. We wandered for a while, hearing the tree ninjas yell at us (or maybe at each other, or maybe at nothing at all) without seeing them. Joe and I worked the woods slowly together, walking about 30 yards apart. Military style.

Joe tensed up: He saw one. He stepped quietly to the right of a large shagbark hickory. I could hear but not see the squirrel perform that special trick they do: Squirrels can deftly move around on a tree trunk to keep it between you and them, no matter how carefully you try to get around the trunk. Tree ninjas.

But as smart as squirrels can be, we did not get to the top of the food chain for no reason.

I carefully picked my way to the left to get myself over to the side of the hickory where the squirrel was toying with Joe. (If you’ve ever seen “Jurassic Park” where the velociraptors fake out the Great White Hunter guy, this is the same move.) I got in position, and there he was: A giant red fox squirrel plastered to the side of the trunk, avoiding Joe.

I slowly took aim, and at that moment realized I had no idea what sort of choke was in this borrowed shotgun of mine. Just in case I aimed the pattern at the top of the squirrel — away from those delicious little squirrel hams.

BOOM! The squirrel flew off the tree as if launched. Joe said in all the years of squirrel hunting, he’d never seen a squirrel get blown off a tree like that. Which is when I learned that the left barrel of the shotgun was fully choked. Not ideal to have all those pellets concentrated at a target less than 20 yards away.

Joe picked up the squirrel. “Uh… you got him.” That squirrel never knew what hit him. But I didn’t get one pellet in those hams!

Joe ended up getting one more squirrel, giving us three for the day. Not a ton of meat for the three of us (Joe’s wife Dorrie was waiting at home), so I thought I’d make a stew.

It was one of those great random stews that any home cook has made dozens of times: the classic “mulligan stew,” made with whatever was at hand. Dorrie had some of the last tomatoes of the season and some beautiful chard. They had some really good Hungarian paprika kicking around, as well as some smoked Spanish paprika.

I mixed them in the squirrel stew. Finally, we’d just gone to Cleveland’s West Side Market, where I’d bought a bunch of smoked sausages. In they went, too.

We sat down to eat our impromptu stew, which seemed somehow Portuguese to us, and very quickly realized that this dish was a keeper. “You better write this one down,” Dorrie said. So I did.

And the other day I remade it for Holly and me. It was every bit as lovely. Lots of big flavors, including the squirrel. If you’ve never eaten squirrel, it really is one of America’s finest meats. The best way I can describe it is like a denser version of a chicken thigh with a certain, well, nutty character. It’s very mild otherwise, and if I served this stew to anyone who likes chicken, they’d be perfectly OK with it. 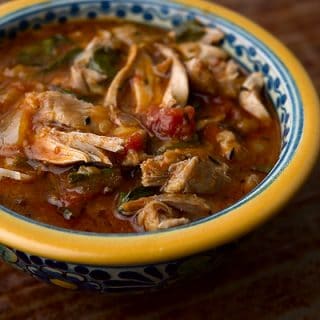 Squirrel Stew with Paprika and Greens

There are a lot of ways you can play with this dish. You can use rabbit or chicken instead of squirrel, you can red wine instead of white wine, red vinegar instead of cider, kielbasa instead of smoked Portuguese sausages, collards instead of wild greens etc, etc. Have fun with it. The only trick to this stew is to build the flavors bit by bit. Not everything needs as long to cook as, say, squirrel legs. Follow my instructions on when you put in each ingredient and you'll be fine.
Prep Time20 mins
Cook Time2 hrs
Total Time2 hrs 20 mins
Course: Soup
Cuisine: Portuguese
Servings: 8 people
Calories: 736kcal
Author: Hank Shaw