Home » Fish » How to Butterfly Fish

Splitting fish for pan frying or grilling is a great way to serve an almost boneless fish, so it’s easy to eat and pretty on the plate. Here’s how to butterfly fish, step by step.

Butterflying, also known as kiting or splitting fish, is a basic skill you will want to know, especially when dealing with smaller fish such as trout, bass or perch. It keeps the fish whole but largely debones it. The technique is ideal for either quick pan frying or for stuffing the fish, in this case a rainbow trout from the Sierra Nevada.

To start, you need a large cutting board or other work surface, a very sharp fillet knife, a pair of kitchen shears… and a fish.

Make sure the fish is scaled and gutted first, and be sure to remove the gills.

Start by making sure your knife is sharp. I know I just mentioned this, but it is important. You will mangle your fish if your knife is not sharp.

Use the kitchen shears to snip off the ribs close to the backbone.

Now you need to remove the backbone itself. Start by freeing the ends of the backbone from the fish’s body. Use the kitchen shears to snip the backbone right behind the head and right in front of the tail.

Use the knife to free the backbone from the meat. Be careful not to slice all the way up to the top of the fish and through the skin. When you get close to the fish’s head you will feel resistance: These are the fish’s pin bones.

(I have lots of recipes for trout and salmon here, for when you are ready to cook your butterflied fish.)

In trout, herring, sardines and mackerel, these pin bones are small and insignificant. Leave them, as you won’t even notice they are there once you cook the fish. In bass, bluegills, crappies, perch and rock cod, you will want to use needle-nosed pliers or pin bone tweezers to remove them. If you are splitting fish larger than 18 inches or so, you will need to remove pin bones.

Do this on both sides. You will be left with a fish lying flat and the backbone sticking up in the air.

To remove the backbone, use one hand to anchor the fish where it meets the backbone; I start at the tail end of the fish. Use the other hand to gently pull it straight up. As it comes free, use your fingers to keep the fish flat and to preserve as much meat as you can. Gently work your way up towards the head and the backbone should come free. 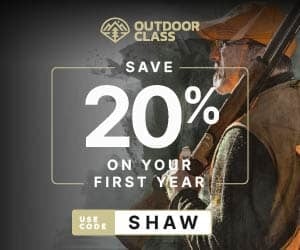 You now have a fish perfect for stuffing. I like to sew stuffed fish shut, but toothpicks works just fine.

If you want to pan fry the fish instead, remove the rest of the backbone near the tail as well as the head so the fish lies perfectly flat. (That’s the photo at the top of this post, and the recipe is for fried trout with peas.

It takes a little practice, but once you get the hang of it, you can butterfly fish in about 3 to 5 minutes. Enjoy!