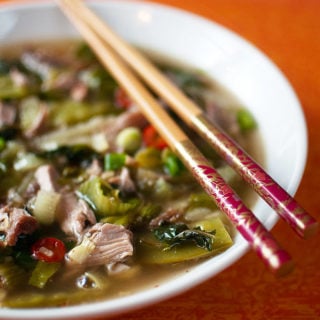 If you’ve never heard of the Hmong, they are a Southeast Asian group who fought for us during the Vietnam War. When we left that country, the Hmong remained — and faced severe persecution since they’d backed the wrong side. So the US government let them immigrate here en masse in the late 1970s.

But the Hmong are a little different from most immigrant groups: They came here as farmers and hill people. Hunters.

And of all the animals the Hmong hunt, they’re most famous for chasing squirrels. There are lots of squirrels that live in the mountains of Laos, so hunting our squirrels was a natural for them. Legend has it that when the Hmong showed up in the early 1980s, they slaughtered California’s squirrel population; fish and game laws were completely alien to these folks.

By all accounts things are better now: The Hmong are, more or less, following the law, and the state’s squirrel population has recovered. But the September squirrel opener still draws hundreds, maybe thousands, of Hmong into the Sierra to chase Mr. Bushytail.

Someday I want to go with them. My friends Dan and Mirra of the Perennial Plate have, and they posted a video about it here. It’s pretty cool, especially how they process their squirrels. But until I get that chance to hunt with the Hmong, I’ll make this stew. 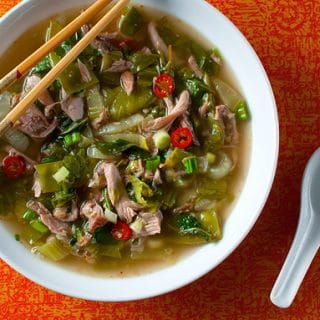 Where Vietnamese food is refined and occasionally involved, Hmong food is more rustic -- it's the difference between Paris and Provence. So while this stew looks a little like Vietnamese pho, it's far simpler to make. It does call for a few unusual ingredients, but these can either be skipped or substituted. The result is a light, aromatic stew where the squirrel provides the meaty base note to an array of bright flavors. Each bite will be different, but wonderful. If you don't have squirrels handy, rabbit or chicken thighs are good substitutes.
Prep Time20 mins
Cook Time2 hrs
Total Time2 hrs 20 mins
Course: Soup
Cuisine: Southeast Asian
Servings: 6 people
Calories: 321kcal
Author: Hank Shaw