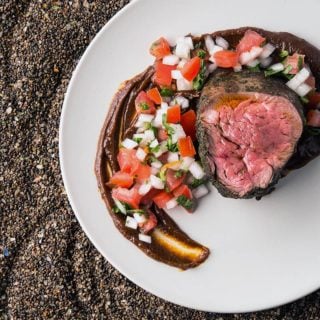 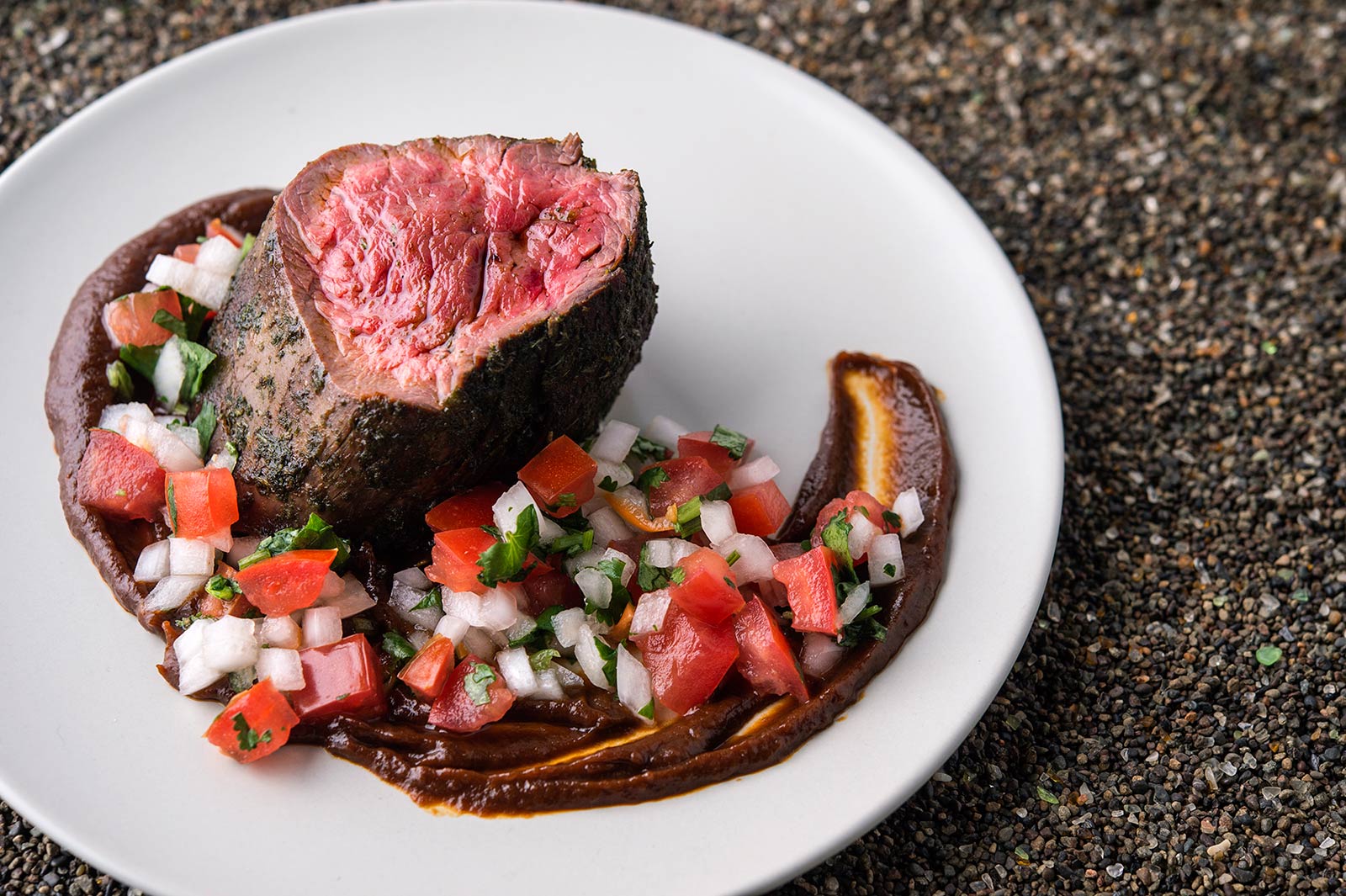 Cooking an elk tenderloin is a special occasion. If you’re like most people, you don’t shoot an elk every year, and each elk only has two tenderloins, which are the same cut as filet mignon in beef.

Given that, almost everyone just sears or grills their elk backstrap or tenderloin simply. As jazz great Thelonius Monk would say, straight, no chaser.

Well, this recipe has a chaser. And it is a good one. No, a great one. It’s this ancho sauce.

I have become a student of Mexican cooking, and one thing that struck me was how reliant Mexican food is on sauces; I daresay even moreso than French cooking. Everything from chunky salsas to smooth dipping sauces and rich, complicated moles. Well there are simpler sauces, too.

This is one of them. I found the recipe in Chef Enrique Olvera’s book Mexico from the Inside Out

, which is a beautiful book centered around Chef Olvera’s famous Mexico City restaurant. Most of his dishes are complex, beautiful, white-linen affairs. But if you tease out the components you can find simple jewels. Like this ancho sauce.

All it consists of are ancho chiles, caramelized onions and garlic. Olvera’s version is picante, as he uses the hotter arbol chiles. I wanted a more approachable, mellower base sauce here, and the mild, almost raisiny anchos do the trick; dried ancho chiles are easier to find, too.

Why a sauce at all? Well, let’s face it: Both backstrap and elk tenderloin are, as the name suggests, super tender. But they are also fairly light in flavor. Nothing like a ribeye or flatiron steak. The ancho sauce provides some bass in the music on the plate. 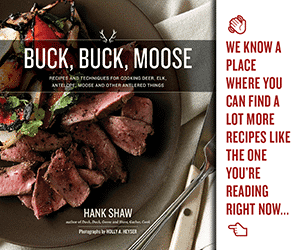 The zippy pico de gallo adds bright, high notes. It’s a basic pico — white onion soaked in lime juice, diced tomato, cilantro — only I use habanero chiles instead of serranos. You can use whatever chile you want. But it should be as spicy as you feel comfortable with.

You may notice something on the sides of the tenderloin medallion. That’s dried, powdered green onion with some black pepper. It is a cheffy touch I like, as it adds one more layer of flavor. But you can skip that if you want.

No matter whether you like your deer or elk tenderloin simple or not, make this ancho sauce. Serve it alongside any red meat, pork, or turkey. Or hell, dip tortilla chips in it.

Obviously I use elk tenderloin here, but any red meat, pork or even turkey would work well with this ancho sauce. Dried ancho chiles are easily found in most large supermarkets, and if yours doesn't have them, look for a Latin market or get them online. The sauce will keep for a week in the fridge, so you can make it ahead or make more for chips later.
Prep Time30 mins
Cook Time45 mins
Total Time1 hr 15 mins
Course: Main Course
Cuisine: Mexican
Servings: 4 people
Calories: 478kcal
Author: Hank Shaw

Pico de gallo doesn't really need a recipe, but if you're lost, dice 4 plum tomatoes, 1 white onion, some cilantro and as much hot chile as you like. Soak the onions in lime juice for 20 minutes, then toss together.