Home » Essays and Stories » Chronic Wasting Disease and You 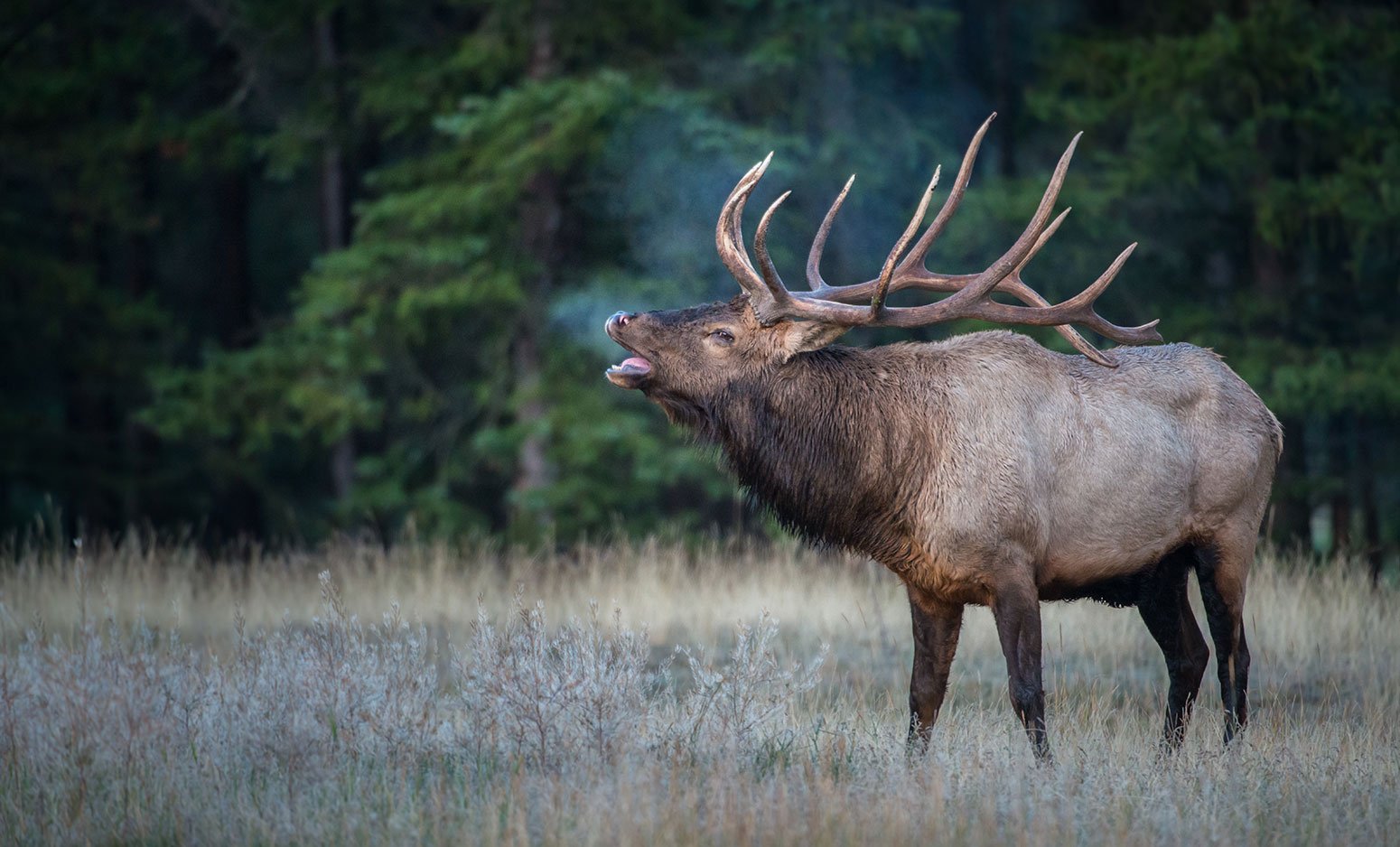 “Zombie deer disease.” Gimme a break. One of the tackier headlines of all time.

I’ve been following the research on Chronic Wasting Disease (CWD) for many years, mostly as it pertains to human health. Given all the misinformation out there, I thought it time for a calmer voice. What follows below is what we know about CWD, and other similar ailments, as of March 2019.

Keep in mind I am not writing about CWD as it affects deer and other cervids, I am writing about how it may or may not affect humans eating venison. This is a cooking website, after all…

Chronic Wasting Disease does indeed affect cervids, however. What’s a cervid? Anything with antlers. Keep in mind that pronghorns are not cervids, nor are real antelope like oryx, nilgai or blackbucks — they are all bovids, like cattle. We’ll get to them in a moment.

So why are people flipping out about CWD? Other than the fact that it is affecting the local deer herds in 25 states plus two Canadian provinces, there is a fear that it might somehow jump to humans.

What the heck is CWD, anyway?

Chronic Wasting Disease is believed to be caused by a prion. A prion is a misfolded, self-replicating protein that, when it does self-replicate, can massively mess up your brain. Here’s a good explanation from a 2016 Nature article: “The protein can adopt malformed shapes that cause disease. Those proteins, which are resistant to degradation, bind and convert normal protein to their troublesome conformation. Over time, the diseased protein builds up and forms fibrils in the brain, causing neurodegeneration and ultimately death.” No bueno.

This sort of cellular mayhem happens to occur naturally in many animals: cattle, sheep, cats, minks, cervids, and yes, humans. Human prion diseases include fatal insomnia; kuru; Gerstmann-Straussler-Scheinker syndrome; as well as variant, hereditary and sporadic Creutzfeldt Jakob disease (CJD). Sporadic CJD is the most common human prion disease; your chances of getting it are about one in a million. 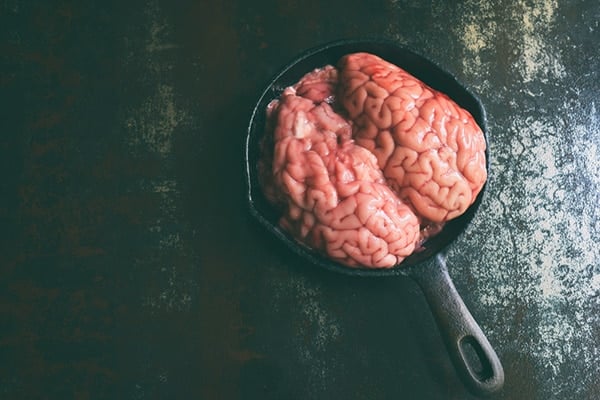 As a side note, it’s generally not a good idea to eat human brains, as doing so is a cause of another prion disease known as kuru, so called for the illness’ name among a group of brain-eating cannibals in New Guinea, who are the only known people to have ever contracted it.

We also know about the sheep version of CWD, called scrapie, as well as Bovine Spongiform Encephalopathy, or mad cow disease, in cattle.

It’s BSE that has everyone jumpy. Of all the various prion ailments, BSE is the only one to have ever jumped the species barrier in real life. Some scientists think mad cow developed from scrapie, after cows ate scrapie-infected bone meal made from sheep bits. It was first detected in 1984 in the UK. This feeding practice was banned in 1988 – before the first human detection of the disease.

Somehow BSE jumped from cows to humans in Britain about 30 years ago, causing a new variant of CJD, contracted by eating infected meat. Fascinatingly, everyone who got vCJD from mad cow had the same genetic marker – although 40% of Caucasians happen to have that marker. (I could not find data on its prevalence among non-white people. A bit of scientific bigotry, there…) And almost all cases were young adults, most of whom showed symptoms by age 28.

All told, this new vCJD has thus far killed 177 Britons and 27 Frenchmen. The peak of the “epidemic” was 31 cases in 1999 in the European Union, and there have been only 3 cases in the EU from 2010 to 2014. Keep in mind that millions of Britons were exposed to infected beef before it was all incinerated 20 years ago.

There have been 4 cases in the US, the last in Texas in 2014. He was a foreign-born US citizen who contracted it outside the US. Two others got it in the UK and one in Saudi Arabia.

Let me say this one more time: BSE is the only known prion illness to have jumped the species barrier in real life, and even then it affected a tiny number of people who fit a specific subset of the population.

Yes, I know, I wouldn’t want to be one of the unlucky few, either. But I just want to put all this in perspective.

Still, you have the World Health Organization issuing a warning about Chronic Wasting Disease, not to mention local and national health institutes of both the United States and Canada. Why?

In a word, uncertainty.

We’ve been eating scrapie-infected lamb and mutton for thousands of years, but no one has ever contracted scrapie. And a variant of BSE has been around probably forever; the Romans wrote about it. So what caused it to jump to humans? We’re still not sure.

Science has its full attention on this issue, and new data is emerging constantly. Scientists have done studies on how to detect a prion illness, how to cure it, what are the mechanisms for transmission both within a species and across species. There’s even one researcher who is convinced that prions aren’t the cause, but rather a bacteria. He’s been following this line of research since 1979, but so far he remains an outlier in CWD research.

It’s this fluidity that has everyone up in arms. People want easy answers, and with CWD there aren’t any.

Case in point. A Canadian researcher came out at a conference in 2017 stating that several macaques, monkeys genetically quite similar to humans, contracted CWD by eating infected venison.

Keep in mind this Canadian “study” doesn’t exist. The hullabaloo is from a discussion of an ongoing study, and the results have not been published, let alone peer reviewed. What’s more, the US National Institutes of Health released a peer-reviewed study of its own in 2018 showing that macaques did not contract CWD — even after having the prions injected into their brains, which is a) a completely unnatural method of transmission and b) the process by which you can most likely get yourself a positive result.

So we have two reputable studies doing more or less the exact same thing finding completely opposite results. Welcome to science, folks. Nothing gets settled until lots of other scientists can reproduce someone’s results. And since most prion diseases take years to develop symptoms, it makes doing that with CWD fiendishly hard.

Another fear factor is that scientists have been able to get prion diseases to jump species barriers in the lab, often using these weird, inject-it-into-your-brain methods. Hell, they even got scrapie to jump this way. The takeaway from all these experiments isn’t that you’re going to die tomorrow from CWD, it’s that there is a way, in theory, for these prions to jump from deer to humans.

How that might happen in real life is what science is working on now. It happened with BSE, turning itself to vCJD. Exactly how isn’t known.

Well, what if Chronic Wasting Disease jumps to cattle and gets into the food supply that way? It won’t. A 2018 study done by the USDA (among others) determined that cattle, living for years among infected deer and eating lots and lots of CWD infected brain material in their feed (what the British banned back in 1988), still didn’t get it.

And according to a 2017 article in the Journal of Virology, pigs eating dead, CWD-infected deer could act as a reservoir for the illness, although they wouldn’t get it. Interestingly, they don’t get BSE or anything like it even eating lots of infected beef. Other research suggests otherwise, however, so the jury is still out on this one.

Confounding, eh? The reason could be because of how a particular animal is built. A UC-San Diego researcher named Timothy Kurt looked at what makes up the prion, that malformed protein that is the cause of all this…

“Kurt looked at the role played by the 210 amino acids in the prion protein to figure out why CWD is transmitted to some species and not others. He found that when a species had a different amino acid in a key location, the diseased prion wouldn’t fit neatly into the healthy prion, like a zipper with teeth that don’t fit together. This, Kurt believes, is CWD’s species barrier. The amino acid sequence differed between humans and deer at a key location. A different study showed that a macaque’s amino acids matched the deer sequence in the same spot, but not the human one.”

This amino acid factor is real. For a prion to transfer across species, the “zipper” has to fit right. You can shoehorn it in the lab, but in natural conditions it won’t do it.

The real fear is mutation.

With the exception of the statement by the Canadian researcher — a verbal statement and not data presented in a peer-reviewed scientific journal — there has been no evidence that CWD can transmit to primates, and there is quite a lot of research to show that, in its current form, it can’t. Like scrapie, it could be an illness we could live alongside for millennia with no problems.

Or, it could be like mad cow. We just don’t know.

So what does that all mean to you, the eater of venison? Sadly, I can’t tell you what to do. All data shows that you have nothing to fear from CWD. But the long incubation period of prion illnesses, the fact that CWD has been shown to mutate within deer populations, and the fact that BSE did somehow jump the species barrier all suggest caution on our part.

In short, no one has gotten Chronic Wasting Disease, but no one wants to be Patient Zero, either.

As of now, it looks like the safest course would be to get your deer tested for CWD if you are in a region where it is known to exist. Keep in mind that in most places where it does exist, CWD is still uncommon. There are a few places in Wisconsin, Nebraska, Colorado and Wyoming where the prevalence is high, however.

If your deer tests positive, it’s your call on eating it. Data says you’re fine. But you have to be comfortable with eating the animal.

I am honestly not sure if I would or not, but I am leaning toward no.

Here is a map of where Chronic Wasting Disease has been found, both in wild and captive deer populations.

If you hunt deer in Colorado, here is how to get your deer tested.

How to get a CWD Test Kit in Kansas.

How to get your deer tested in Wisconsin.

Information and testing options for CWD in Illinois.

Data on CWD in New Mexico.

How to get your deer tested in Arkansas.

Getting your deer tested in Missouri.