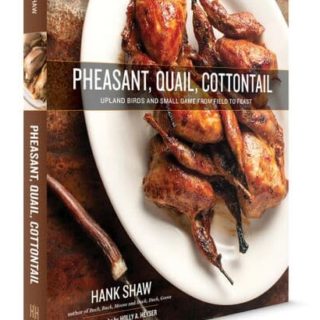 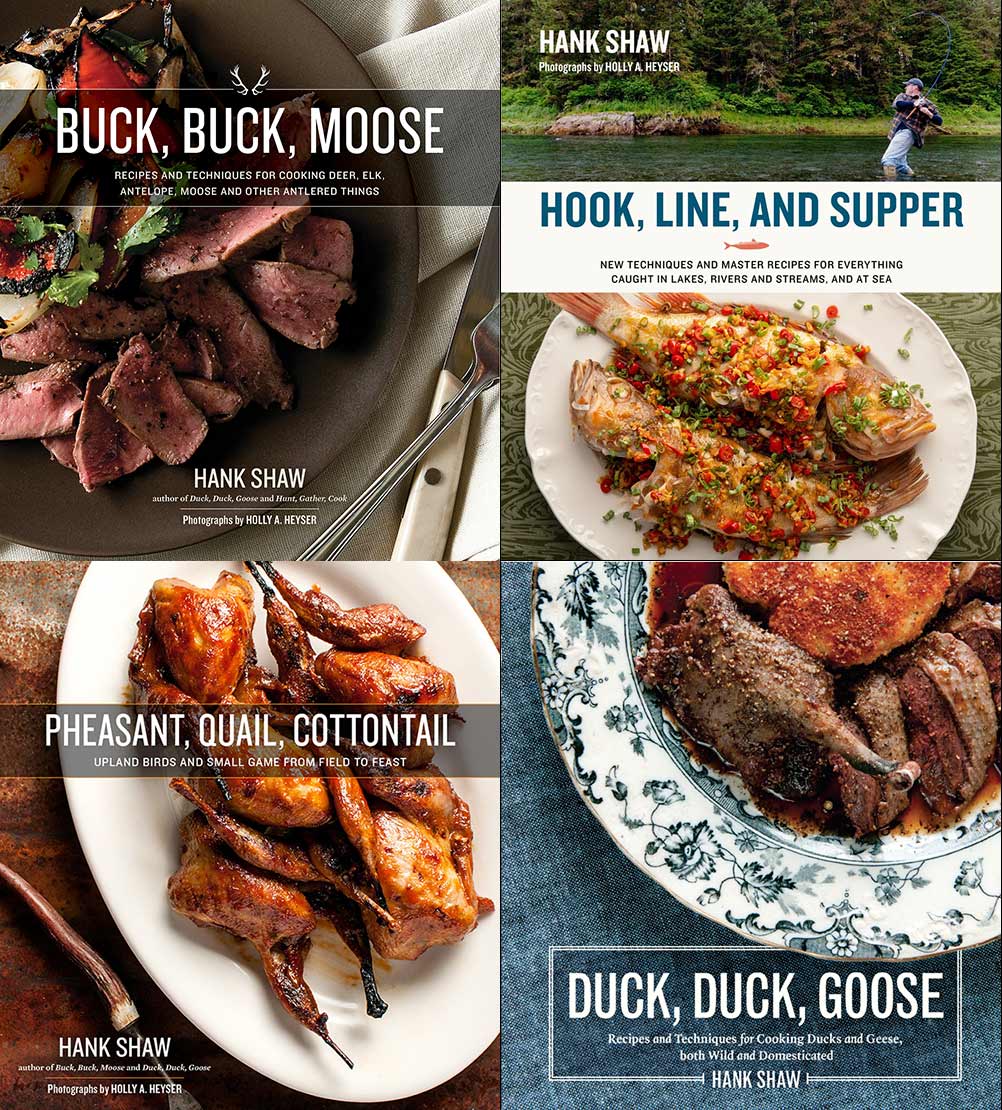 Buy Books Directly from Us

New Techniques and Master Recipes for Everything Caught in Lakes, Rivers, Streams, and at Sea

Quite possibly the only fish and seafood cookbook you’ll ever need, with more than 475 five-star reviews on Amazon!

So many people get all tense when faced with a piece of fish or a bag of shrimp. It’s understandable: You went through all that effort to catch it, or, if you bought it from the store, we all know that fish isn’t cheap. You don t want to mess things up. Hook, Line and Supper aims to cure that stage fright once and for all by breaking down the essence of fish and seafood cookery, allowing you to master the methods that bring out the best in whatever you catch or bring home from the market.

Rather than focusing on specific species, Hook, Line and Supper zeroes in on broad, widely applicable varieties of fish (both freshwater and salt) that can substitute for each other, and clearly and carefully provides master recipes and techniques that will help you become a more competent and complete fish and seafood cook.

I’ll provide you with all you need to know about buying, cleaning, and cooking fish and seafood from all over North America. You’ll find detailed information on how best to treat these various species from the moment they emerge from the water, as well as how to select them in the market, how to prep, cut and store your fish and seafood. These global yet approachable recipes include basics such as fish and chips and smoked salmon; international classics like Chinese steamed fish with chiles, English fish pie, Mexican grilled clams, and Indian crab curry; as well as deeply personal dishes such as a Maine style clam chowder that has been in his family for more than a century. It also features an array of fish and seafood charcuterie, from fresh sausages and crispy skin chips, to terrines and even how to make your own fish sauce.

The most comprehensive guide to preparing and cooking fish and seafood, Hook, Line and Supper will become an indispensable resource for anglers as well as home cooks looking for new ways to cook whatever fish or seafood that strikes their fancy at the market.

NOTE: Ordering from Amazon will get you the book faster, but only our online store sells signed books. Ordering from us directly also provides the greatest support for our small business.

Media inquiries should be sent to hank@huntgathercook.com. 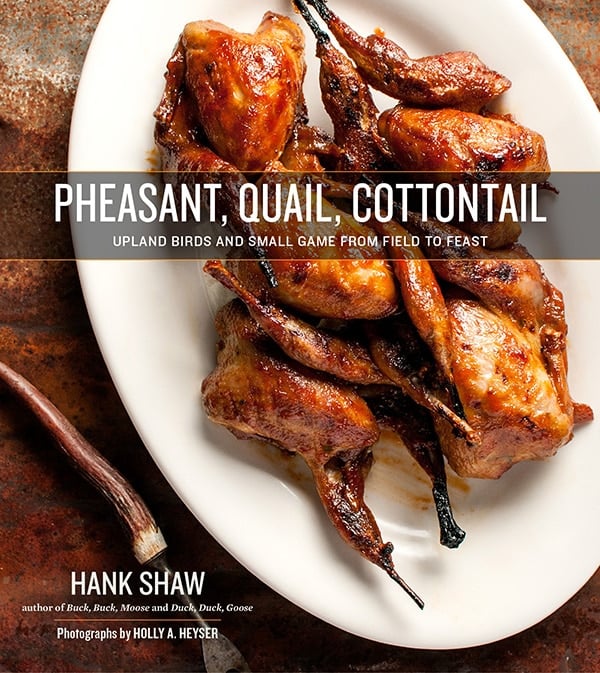 Upland Birds and Small Game from Field to Feast

This book covers all sorts of birds, from pheasant and wild turkey to quail, doves, grouse of all species, partridges, woodcock and even lesser-known birds such as snipe and rails. It also has an extensive section on small game animals such as rabbits, hares, and squirrels.

Not a hunter? This book covers the domesticated cousins of these game animals throughout.

Pheasant, Quail, Cottontail is lushly illustrated, with nearly 200 full-color photos as well as line drawings throughout, and contains more than 125 recipes ranging from basics such as Roast Pheasant and Buttermilk Fried Rabbit to international classics like Tuscan Hare Ragu and General Tso’s Pheasant to unique dishes such as Roast Woodcock Michigan. It also features an array of small game charcuterie, from fresh sausages to confit and terrines.

You’ll also find detailed information on how best to treat these various species in the kitchen, how to select them in the market, as well as how to pluck, clean and hang wild birds.

What’s more, every purchase of this book helps our wild habitats. A portion of the proceeds of every book sold will go to help the non-profit conservation efforts of Pheasants Forever and Quail Forever, which will use the money to restore, maintain and expand habitat for all upland birds.

And I am happy to announce that the book won a cookbook award from the International Association of Culinary Professionals in 2019!

Interested? You can buy a signed copy of Pheasant, Quail, Cottontail directly from me here

, or wherever books are sold. (Happy to say that, so far, more than 585 people who have bought a copy have posted five-star reviews of the book on Amazon.) 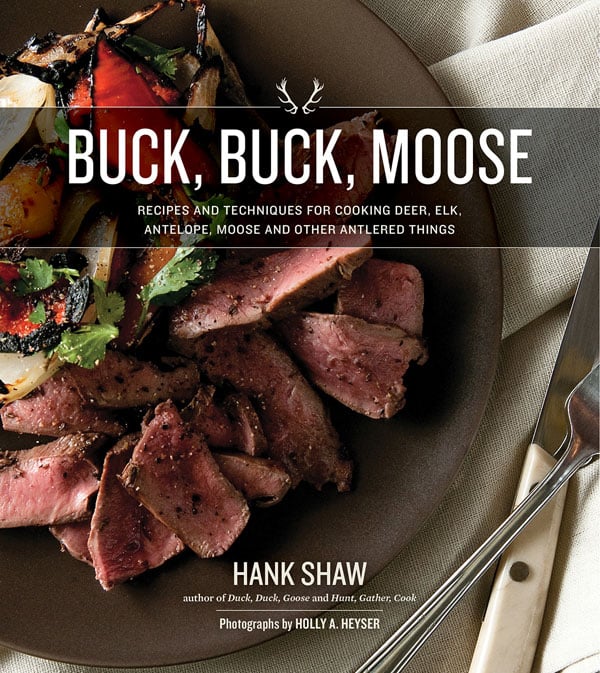 Recipes and Techniques for Cooking Deer, Elk, Antelope, Moose and Other Antlered Things

is the first comprehensive, lushly photographed, full-color guide to working with and cooking all forms of venison, including deer, elk, moose, antelope and caribou.

Buck, Buck, Moose will take you around the world, from nose to tail. It features more than 100 recipes ranging from traditional dishes from six continents to original recipes never before seen. You’ll also get thorough instructions on how to butcher, age and store your venison, as well as how to use virtually every part of the animal. It also includes a lengthy section on curing venison and sausage-making.

Since we released the book in 2016, it has received several awards and rave reviews from outlets including Realtree to Field & Stream. The book currently has nearly 1200 five-star reviews on Amazon.

You can buy signed copies of Buck, Buck, Moose directly from me here, or wherever books are sold.

Recipes and Techniques for Cooking Ducks and Geese, both Wild and Domesticated

If you hunt ducks and geese, or just like eating them, this is the book for you. No other book in the English language covers waterfowl so thoroughly, covering field care, how to choose birds in the store, butchery, differences in species and diet — as well as more than 100 recipes.

is full of color photos and includes recipes from all over the world, for every part of the animal. The book also includes a full section on confit, charcuterie, sausage-making and curing ducks and geese. The duck jerky recipe has been a particular hit.

Since it was released in 2013, the book has received multiple awards and critical acclaim, including more than 800 five-star reviews on Amazon.

You can buy Duck, Duck, Goose

here, or wherever books are sold. 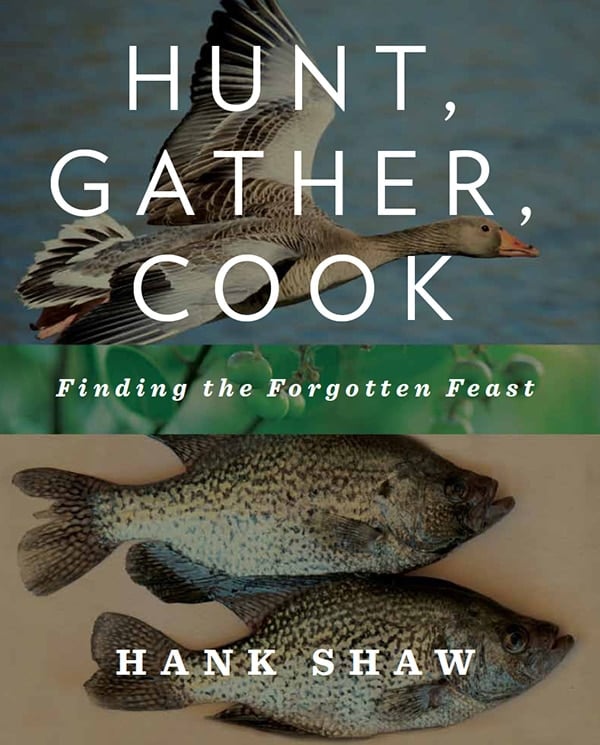 The book that started it all.

Hunt, Gather, Cook was my first book, published in 2011. It’s different from all my other books in that is is more of a primer for the entire wild world — it has sections on hunting, yes, but also fishing and foraging.

Less of a guidebook and more of a cookbook-inspirational, HGC is meant to give you a solid grounding in the wild world, and to inspire you to expand your skill set out there. If you’re a hunter, this will help you get started as a forager. If you’re a forager, it will help you wet a line for the first time.

I am happy to say that Hunt, Gather, Cook is still in print almost eight years later, having gone through 11 printings to date. It has been hailed by the New York Times, featured on CNN and National Public Radio, and was named one of the top cookbooks of 2011 by Amazon.

You can buy Hunt, Gather, Cook: Finding the Forgotten Feast here, or wherever books are sold.