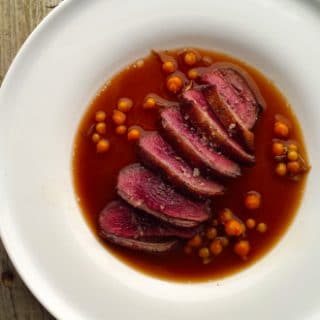 Duck breast. Beer. Wild berries. What’s not to love? This is an original recipe very, very loosely inspired by an Icelandic dish that uses beer and malt (or beer) vinegar as the main component in the sauce. It’s one of the first times I’ve used beer this way, and it won’t be the last. 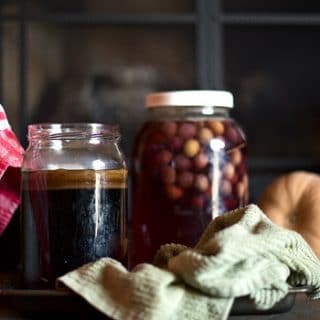 Beer vinegar. Why is this stuff not in everyone’s pantry? Crazy, because it’s awesome. Think malt vinegar x 1,000, especially if you make it with a good, dark beer. Think of the possibilities, with various kinds of beer…

Read More about How to Make Beer Vinegar 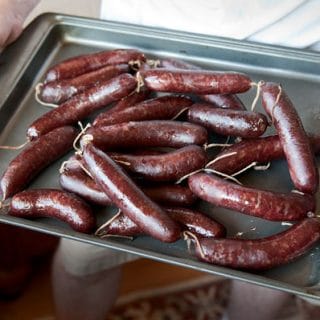 Landjaeger. Such a cool name, eh? It’s a German dry-cured sausage that is made small enough to fit into your coat pocket on a cold day hiking, fishing — or hunting. Thus the name. Traditionally made with beef and pork, my landjaeger is made with venison and pork fat. You could use any red meat 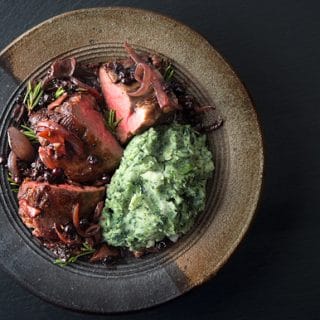 Pairing venison with fruit is an age-old thing, and blueberry or huckleberries are a particularly good match. This recipe is an Icelandic version that is not sweet at all. The blueberries are balanced with mushrooms and wine to make a really classy yet easy dish. 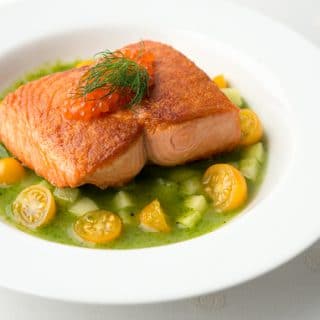 If you’ve never paired salmon with cucumbers, you are missing out. It’s a surprisingly natural combination, and since both are in season now, I thought I’d put them together in a pretty little date-night dish.

If you’re not from the Northwoods, you may have never heard of pickled pike. Well, this is to the boreal forest what ceviche is to the tropics: A great way to snack on fish with saltines… 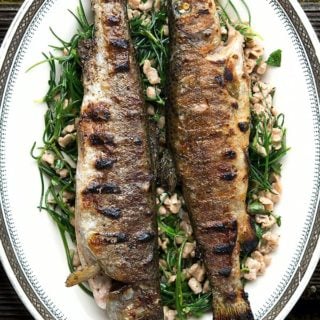 Little mountain trout, grilled simply and served simply. This is one of the iconic foods of the outdoors, one technique you should master if you chase these little torpedoes of quicksilver. Here’s how to grill trout without it sticking. 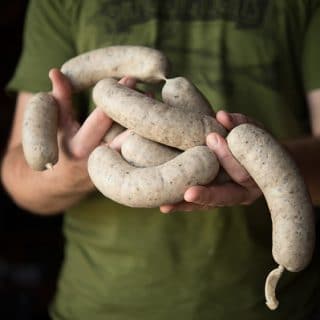 This was the first sausage I ever learned to make, in Wisconsin at the side of a man who was, for a time, my uncle-in-law. It’s a traditional Sheboygan style “white brat,” and while this version is made with wild turkey, it can also be made with pork or veal.