Salicornia maritima and I go way back.

It was only when I began writing about foraging that I discovered our family’s name for this saltwort plant was fairly unusual. I also learned that this is a vegetable of a thousand names: sea beans, sea asparagus, samphire, glasswort, chicken feet, etc, etc. Probably its best name is salicornia, as all the various species of this salt-lover are in the genus Salicornia.

Oddly, however, salicornia would rather be in your garden. You can buy seeds for it, and I grew it one year. The plant loses a lot of its salty tang in sweet soil, but it grows much larger and fuller than it does in the salt marsh. Apparently salicornia has staked out terrain otherwise inhospitable to other plants as its favored growing spot. Why it cannot compete with other plants in nicer neighborhoods is a mystery. 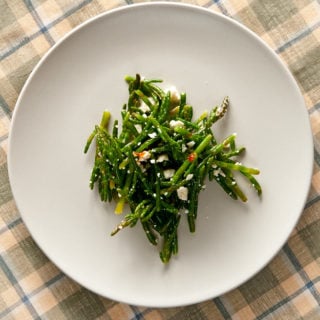 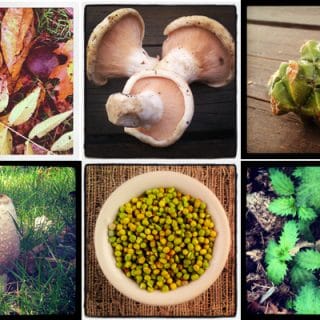